Neurodegenerative diseases commonly have abnormal protein inclusions that ultimately contribute to neuron death.  One such example is abnormally hyperphosphorylated tau protein, the major component of neurofibrillary tangles (NFTs), which are a key microscopic feature of Alzheimer Disease and lesser known neurodegenerative diseases, such as Frontotemporal Lobar Degeneration (FTLD).  Like water in a vase, an NFT will assume the shape of the cell in which it arises.  For example, the classic “flame-shaped” NFT can be found in pyramidal neurons of the hippocampus, whereas, as in this case, tangles assume a globular shape when found in large pigmented neurons of the brainstem.  Note how the resident pigment (brown) granules are pushed apart and aside as the globose tangle overtakes and fills the cytoplasm, slowly killing the host neuron. 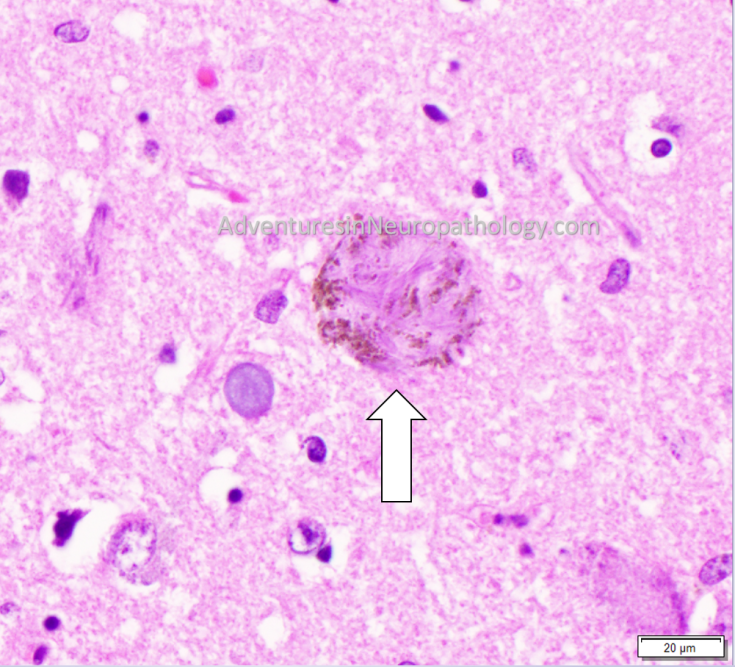